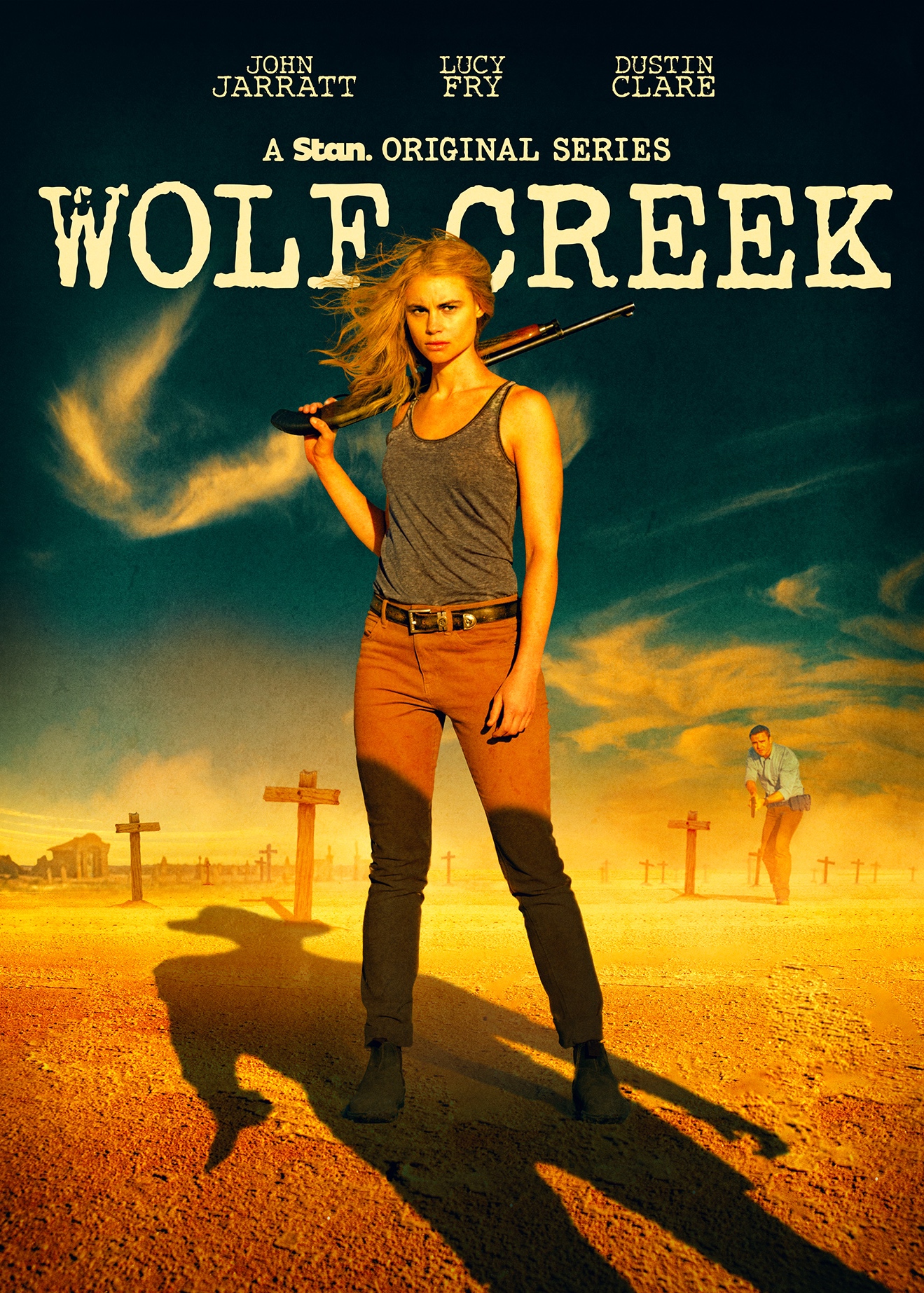 In 2005 the first WOLF CREEK movie was released, meeting with international success. Audiences everywhere responded to writer-director Greg McLean’s terrifying vision of the Australian Outback and its apex predator, the murdering psychopath Mick Taylor. 10 years later WOLF CREEK 2 reintroduced Mick to audiences. Once more he was prowling the outback hunting hapless tourists, in some ways a sort of satanic Crocodile Dundee. Now Mick Taylor returns to wreak havoc in the television series, WOLF CREEK. Except this time things are different. This time the victim fights back. At first the pattern is familiar; Mick chooses an American family on vacation in northern Australia to terrorise and destroy, but that is merely the inciting incident in a much larger story. Seriously injured, 19-year-old Eve survives the massacre of her parents and little brother, recovers and sets out to bring the killer to justice. Across the 6 episodes we chart her complex and extraordinary journey, travelling every step of the way with her as she evolves from child to adult, from prey to predator. But can she triumph over Mick Taylor, evil incarnate?

WOLF CREEK is a psychological thriller that relies on character and implied threat, yet each episode also contains its fair share of edge-of-the-seat tension and terror. And as well as delivering entertainment our story examines larger issues such as the moral dilemma inherent in the individual’s need for revenge versus society’s demand for justice.