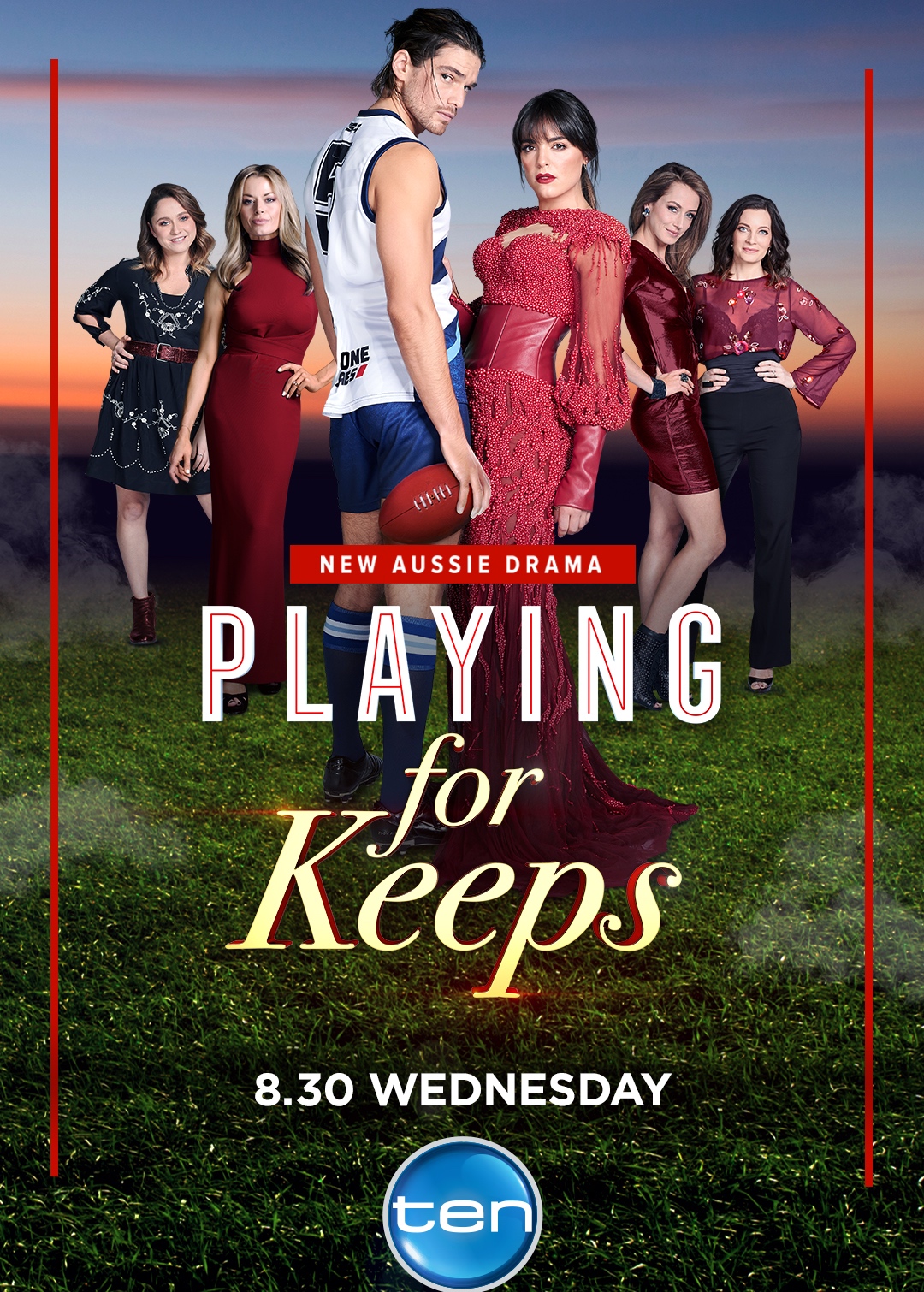 Playing For Keeps is a fresh, contemporary and glamorous take on the world of Aussie Rules football, exploring this unique realm from the perspective of the real power players: the women.

Exposing the rules of a whole new game – from the grandstands and the locker rooms to the red carpets and the bedrooms – what makes the wives and girlfriends of football’s elite tick? Infatuation, love, power or relevance?

Playing For Keeps depicts the lives of Aussie Rules’ rich and famous ... and proves that when the cream of the crop fly high, they sometimes feel the heat.

Playing For Keeps stars Madeleine West, the AFI Award winning actress and TV Week Logie Award nominated star of television hits including Neighbours, The Wrong Girl, Satisfaction and Underbelly, as Kath, the elegant, astute and perfectly mannered coach’s wife, mentor and den mother. The dynamic Cece Peters (The Wrong Girl, Catching Milat) portrays Paige, a down-to-earth high school teacher who moves to the city to follow her high school sweetheart. The talented Annie Maynard (Puberty Blues, Upper Middle Bogan) plays Maddy, a switched-on, self-assured lawyer and mother of two, who juggles an impressive schedule in an attempt to have it all. Fast-rising local acting sensation, and TV Week Logie Award nominee Olympia Valance (Neighbours) stars as Tahlia, a glamorous and ambitious social climber girlfriend of the club’s captain and Isabella Giovinazzo (Home and Away) stars as Jessie, a passionate footy fan, who will become a reluctant star in the face of tragedy, when her husband nearly drowns.

To watch the latest episode of Playing For Keeps, Click Here.

To watch the BTS - About the Women video, Click Here.

To watch the BTS - About the Men video, Click Here.