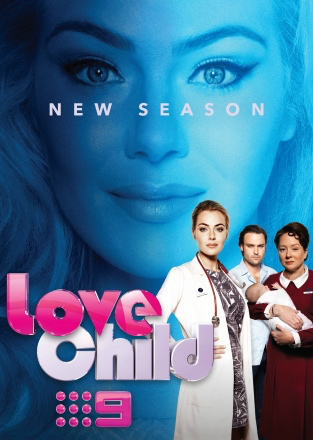 It’s 1970 and times they are a-changing. The Vietnam War is dividing the world, music and the media are shifting old ideals, and the lines between friendship, love and marriage are blurring. It’s a month after we left the young women of Kings Cross Hospital and Stanton House, and all of them are now in the throes of dealing with the choices and rami cations of the events of series two. Dr Joan Millar (Jessica Marais) continues her career as one of the country’s most promising obstetricians in this brave new world of laparoscopic surgery and burgeoning fertility treatments.

But juggling a baby, a husband who is facing manslaughter charges, as well as the inconveniences of living on-site at the hospital, takes its toll. A sudden infection and emergency surgery leaves Joan facing a life of infertility, and it’s not long before she must face the truth of McNaughton’s (Jonathan LaPaglia) part in Greg Mathieson’s death – a death that has led to a manslaughter charge and the possibility of Jim (Matthew Le Nevez) facing 12 years behind bars. The return of McNaughton’s estranged wife Eva (Maya Stange) poses a challenge Joan can’t refuse, but their unexpected alliance will have far- reaching implications that no one saw coming.

If you watched the amazing third season of Love Child, Click Here to view extra clips