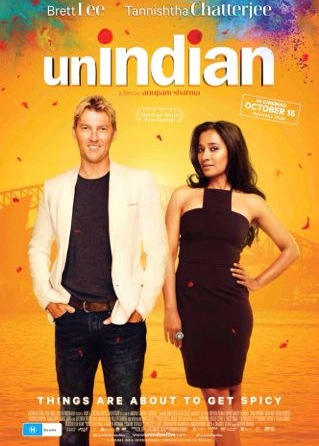 When a beautiful divorcee and single mother of one, Meera (Tannishtha Chatterjee), meets the charming Will (Brett Lee) love is the last thing on her mind. An Australian of Indian origin, Meera has settled in Sydney and carved out a successful career and life for both her and her daughter. But Meera's marital status is the subject of much discussion within her family and she is encouraged on a seemingly daily basis to marry 'a nice, rich Indian man’. Does she do as her family wishes? ... Or does she follow her heart and live her life the way she wants to? Highlighting the complexities of Indian diaspora and wooing another from a different culture, unindian is a romantic comedy with a lot of heart and a little spice!