Taking On The Chocolate Frog 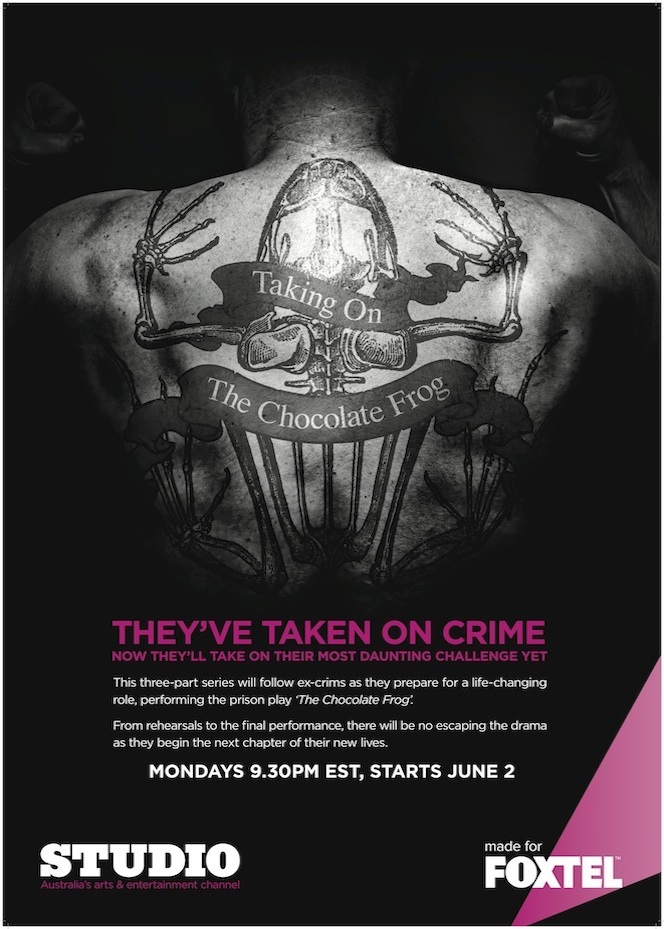 Taking On The Chocolate Frog is a 3 x 1 hour documentary series that follows a group of ex-criminals and individuals with troubled pasts, as they reinvent themselves as actors on the stage. Performing a play by one of Australia's award winning playwrights, can the cast take on The Chocolate Frog and succeed?

This remarkable documentary series follows a group of ex-criminals as they are challenged to perform Jim McNeil’s play The Chocolate Frog.  One of Australia's most violent criminals in the 1960s, McNeil wrote the play whilst serving a sentence in Parramatta Correctional Centre. This unlikely playwright became a celebrity for writing plays from his gaol cell, having never stepped foot inside a theatre.