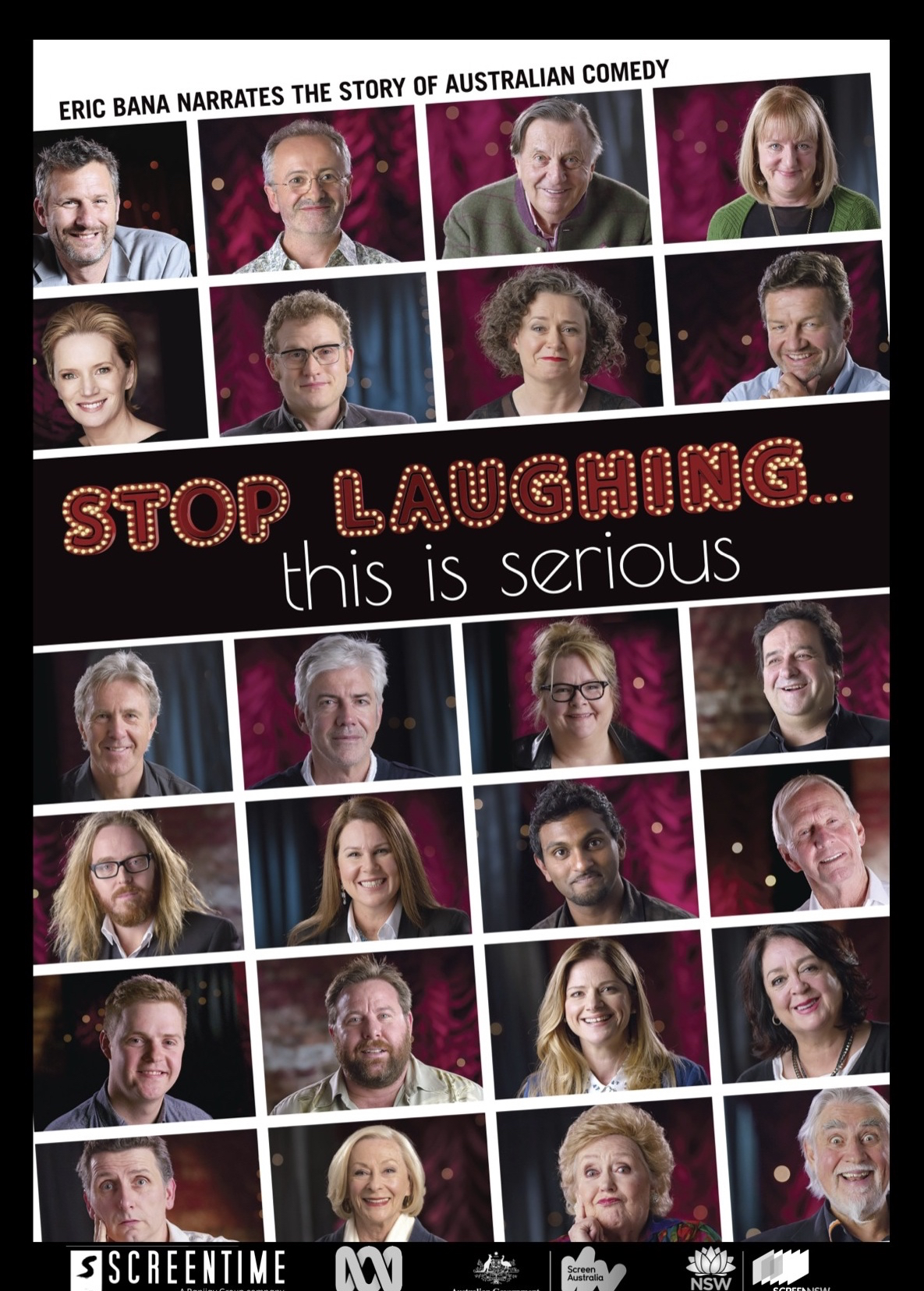 Stop Laughing… this is serious is a three-part documentary series charting a course through the story of Australian comedy, featuring over 60 interviews with the men and women who make us laugh. Through a blend of social history, extensive archive material and intimate interviews with the country’s most loved comedians, we travel via stand up, radio, television, theatre and film from indigenous comedy to new viral media jokers of today, revealing how humour, laughter and comedy are integral to our national identity. By unpicking our cultural cringe, poking fun at our national identity, confronting hard truths and exploring our taboos, we come to realise that Australians’ greatest characteristic is our ability to laugh at ourselves. Narrated by Eric Bana, the series explores the development of Australian comedy through social and political change, examining the way humour has reflected and responded to multicultural Australia, gender issues, and politics. Each episode moves seamlessly backwards and forwards through time, weaving contemporary comedy with early comedic performance, featuring insight and anecdotes from what Barry Humphries calls “the cheering up business”.