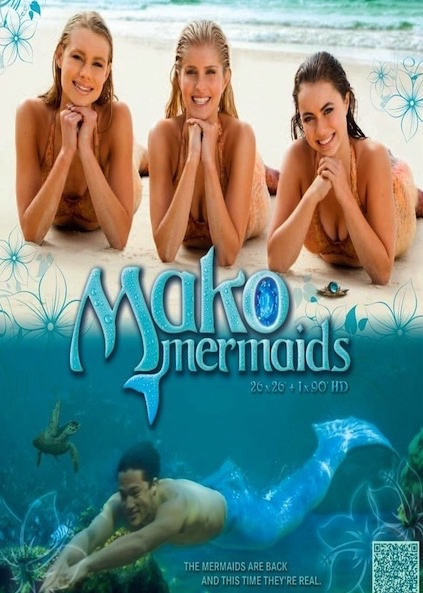 Real life mermaids, Sirena, Nixie and Lyla are part of a mermaid pod, which lives in the waters of Mako Island. As young members of the pod, it is their job to protect the Moon Pool, and guard it from trespassers. But on the night of a full moon, the mischievous mermaid girls neglect their duties. Sixteen-year-old land dweller Zac (Chai Romruen) enters the Moon Pool and forms a special connection with Mako. Zac is given a fish-like tail and amazing powers. The mermaid pod is forced to leave Mako. Sirena (Amy Ruffle), Nixie (Ivy Latimer) and Lyla (Lucy Fry) are left behind, cast out of the pod. The mermaid girls know there is only one way they will be allowed to rejoin the pod. They must get legs, venture onto land, and take back Zac‘s powers or risk being outcasts forever.

Continuing the company’s highly successful Mermaid franchise, MAKO Island of Secrets is the new 26 half hour children’s series spin off of the smash hit H20 JUST ADD WATER, which is enjoyed by an audience of tens of millions in over 160 territories including Germany, the United States and the United Kingdom.