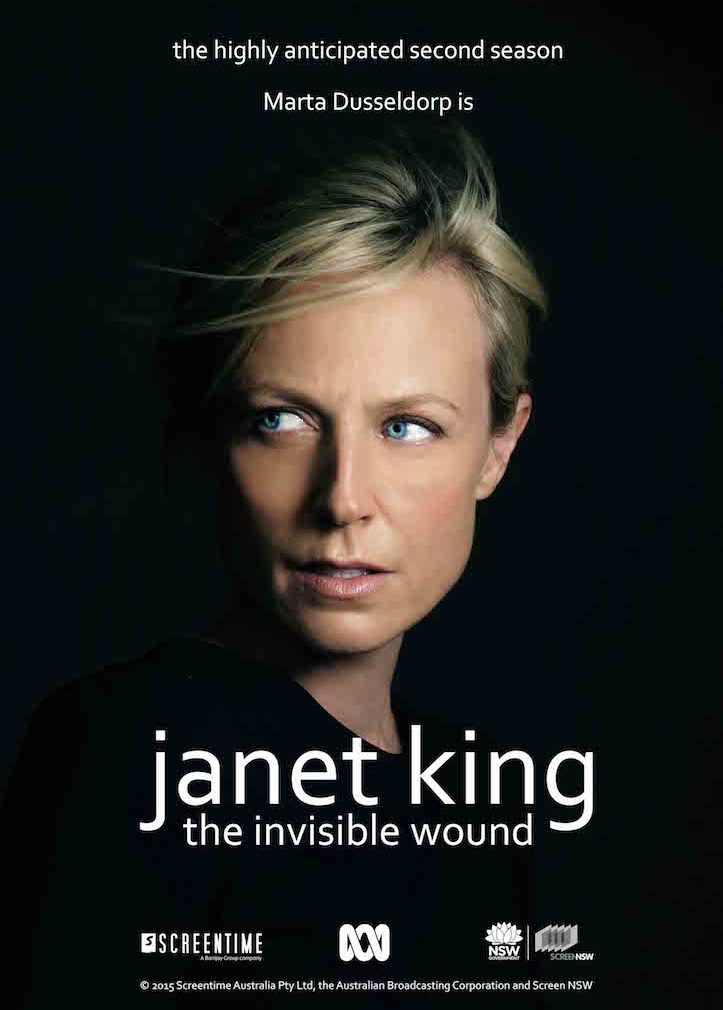 In this highly-anticipated second series, Janet King (Marta Dusseldorp) is seconded from the DPP to lead a Royal Commission into a deadly upsurge in gun crime. Conscripting solicitors Richard Stirling (Hamish Michael) and Lina Badir (Andrea Demetriades), the ambitious Owen Mitchell (Damian Walshe-Howling) as Counsel Assisting, and seconding Detective Andy Campbell (Christopher Morris) as Police Liaison, Janet and her team peel back the complex layers of intrigue underpinning the illicit trade in weapons. Compelled by her own demons to expose the truth, Janet must confront political and personal enemies that will lead to a shocking reveal that threatens all she holds dear.