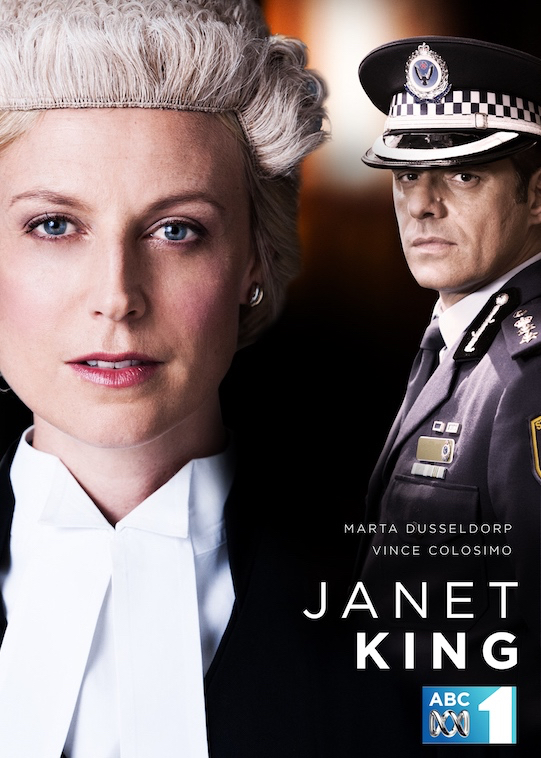 Janet King (Marta Dusseldorp) returns from a year’s maternity leave determined to prove she still has her edge, but finds a very different Department of Public Prosecutions. Under growing political pressure, director Tony Gillies (Peter Kowitz) has formed an uneasy alliance with his police counterpart, Chief Superintendent Jack Rizzoli (Vince Colosimo), and Janet’s pre-eminence as Senior Crown Prosecutor is threatened by rising star Owen Mitchell (Damian Walshe-Howling), a former police prosecutor, willing to cut corners to win high-profile cases. When Janet falters in her first case against sexual predator, Alex Moreno, (Darren Gilshenan), she pulls out all stops to convict high ranking police officer, Steven Blakely (John Howard), for the assisted suicide of his terminally ill wife. As the case against Blakely escalates, a terrible murder is discovered. Janet, her DPP solicitors and the police are propelled into a series of investigations and court actions that, week by week, reveal a complex web of corruption and conspiracy until the first two seemingly unconnected cases collide in a shocking reveal that shakes the police, judiciary and the government to their core. Under intense scrutiny from Jack Rizzoli and his political masters, and with the traditional institutions of justice compromised, prosecuting the case becomes a dangerous battle of strategy and betrayal where no one can be trusted and no tactic is off limits. Finding the truth will threaten Janet’s career, her young family, and ultimately her life.