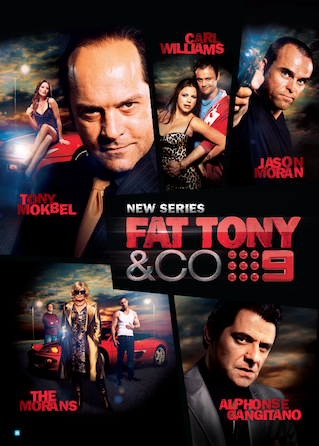 Fat Tony & Co., a production from Screentime, tells the story ofAustralia’s most successful drug baron, from the day he quit cooking pizza in favour of cooking drugs, to the heyday of his $140 million dollar drug empire, all the way through to his arrest in an Athens café and his whopping 22-year sentence inVictoria’s maximum security prison.

Already a key player on the Australian drug scene in his own right, Fat Tony becomes more deeply embroiled in the underworld as he joins forces with up-and- coming drug dealer Carl Williams. He strikes an uneasy truce with the Carlton Crew, the territorial and dangerous royalty of the Melbourne underworld, even doing business from time to time with the Moran family. With his three brothers and Carl Williams, Tony expands his drug empire into a multi-million dollar industry, all the while investing his profits in honest bricks and mortar, determined to leave a legacy for the family and the city that he loves.

Fat Tony & Co. is the true story of Tony Mokbel; brilliantly portrayed by Robert Mammone (Bite Club, Janet King, Home and Away), how he grew entangled with the country’s most notorious underworld figures, how he built his massive fortune, and how he became a fugitive on a yacht bound for Greece, desperate to escape mounting criminal law battles.