Hoping to escape the storm they unleashed at the end of season one, bruised but essentially scot-free - Jesse (Ashley Zukerman) and Ned (Dan Spielman) are confronted with the terrifying possibility of being extradited to the US to face serious charges in an American court.

Fortunately for the Banks brothers, Australian National Security is sitting on an explosive case they cannot crack, and Jesse Banks might just be the man to do it. Exchanging his hacker skills for their freedom, Jesse and Ned are drawn into a dark world that could not only cost their own lives but all that they hold dear.

Exploring the value of freedom of speech and the delicate balance between personal liberty and national security in the digital age, THE CODE Season Two unveils the rapidly spreading and very real threat of cybercrime and its capacity to bring an entire country to its knees.

Created and written by Shelley Birse, produced by David Maher, David Taylor, Diane Haddon and Shelley Birse, directed by Shawn Seet, and executive produced by the ABC’s Carole Sklan and David Ogilvy, the six-hour political thriller will be filmed in Sydney, Canberra and Far North Queensland.

Playmaker’s David Taylor and David Maher said: “We are delighted that THE CODE has been universally embraced by audiences and critics alike, and season two takes it to a new level - with a stellar cast, political intrigue and thrilling action.”

ABC TV’s Carole Sklan said: “The ABC is delighted to be bringing back this brilliant, original political thriller. At its heart is the complicated emotional relationship between two brothers as they try to find a straight path in a crooked world.”

A Playmaker production for ABC TV, THE CODE was developed through the Scribe Initiative and is produced with the assistance of Screen Australia, Screen NSW, Screen Queensland, the ACT Government and Screen ACT. 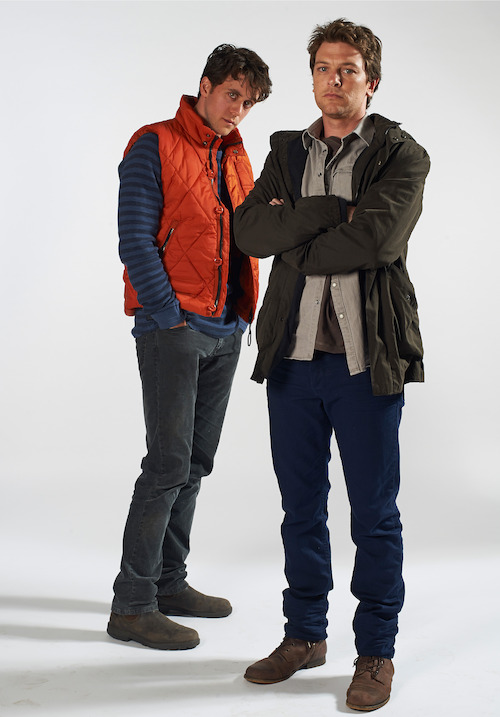